Jezebel is a 1916 Dennis N type fire engine and student mascot of the Royal College of Science, one of the founding three Colleges of Imperial College.  She is maintained by the RCS Motor Club, of which I was a member when I studied Physics there from ’83-86.

I had the honour of making the cake for her 70th birthday celebrations in 1986 – an approximately-to-scale model made using the engineering drawings as a base for the design.  All elements of the cake were edible, with bodywork and trim (including ladder) made as royal icing runouts, with a fondant hose and bell.

Here are some pictures of Jez herself, with some of RCS Motor Club, parked outside my parents’ house in Littlehampton – and some images of the cake from similar angles. 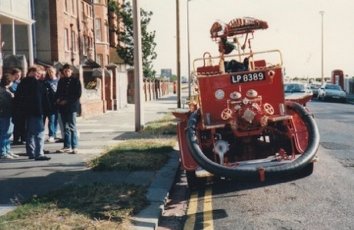 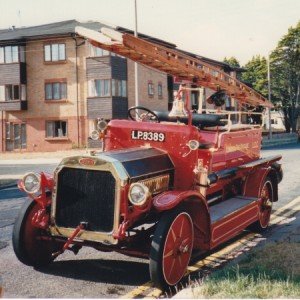 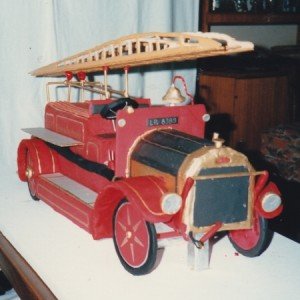 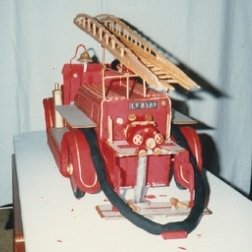